Earlier this year, independant film company Sonnet Realm Films announced it was working on an Alien tribute film entitled Alien: Identity. The film's plot was set 14 years after the events of James Cameron's Aliens and would aim to bring back Newt and Sgt. Frost from the original film. The film's production was going smoothly up until last night, when Sonnet Realm Films announced that they were haulting production on the fan film after 20th Century Fox issued them a Cease and Desist order. Usually Fox have been supportive of fan films in the past but it would seem Alien: Identity was treading too close to the plot outline for Neill Blomkamp's upcoming Alien 5.

What could Alien: Identity's plot tell us about the plot direction Alien 5 will be taking? According to the fan film's director, Adam Sonnet: “ALIEN IDENTITY takes place 14 years after the events of Jim Cameron’s 1986 blockbuster, Aliens. It continues the story of Newt, the little girl we all loved, but despised to see perish in vain. They decided to bring back Newt, played by Elle Viane Sonnet as a young woman with an undeniably haunting past and an uncertain future. 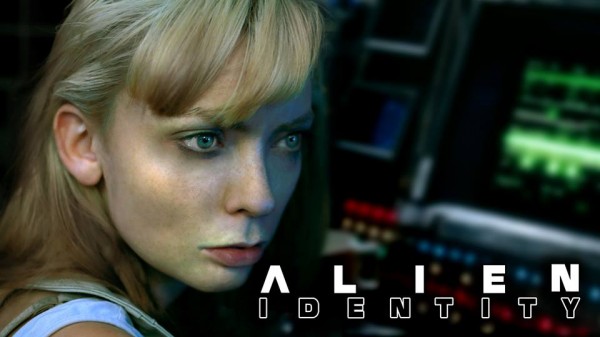 “I love the character Newt. Bringing her back has been something I’ve thought about for years, which is why this film takes place after Aliens, and dismisses the events of Alien 3 and Resurrection. It has been pretty much accepted as canon, that the last two films of the series are considered cryo-sleep nightmares, which we have no objection to.”

From that synopsis alone we can see similarities to what we already knew about Blomkamp's Alien 5. Dismissing the events of Alien 3 and Alien: Resurrection is something both directors set out to do. Reviving old characters and playing off their deaths as "cryo-sleep nightmares" could be a theme present in Alien 5, as many fans have already speculated.

It's unfortunate to see a fan project shut down by the Studio, however this does shed some light on the direction Fox and Blomkamp will be taking with regards to Alien 5 and the future of the franchise.

As for Sonnet Realm Films, they've switched gears and are already developing a new sci-fi project known as 'Triborn', you can visit their Facebook page for the film here! Thanks to AvPG for the heads up! I would rather have Ripley trying to use the engineers' time travel technology to go back in time and stop Hicks and Newt from dying. In that way Alien 3 and 4 can still exist. She simply embarks on an alternative timeline.

What can also be worked into this is the theme of "purification" that we saw in Prometheus. Ripley might want to do this time travel trip te get rid of her alien DNA and become 'pure human" again.