Who should play Newt in Alien 5?

Ever since Blomkamp confirmed Newt would be in his Alien 5 I've wondered who can play her especially since the intentions are to pass the torch from Ripley to her.I've also been quite concerned since Micheal Biehn name dropped Jennifer Lawrence at last year's comic con.I honestly think she's highly overrated in terms of talent and always seems to be playing the same type of character regardless of what film it is.I also don't even think she's made a good movie in years.My idea would be Elizabeth Olsen.She may not have all the awards and nominations Ms.Lawrence has but i think she's way more talented.Her roles are a lot more diverse,she's not afraid to play on the dark side(see Martha Marcy May Marlene or the Oldboy remake)and generally shows more emotional depth than Lawrence(i also think Lawrence  has a high opinion of herself and would consider these movies "beneath" her).plus i think Olsen looks like she could an older Newt.Who do you think could play Newt?p.s.Sorry if this has already been gone over before.

20 Responses to Who should play Newt in Alien 5?

I guess we kind of need a reasonable idea of how much of that universe's time passes between aliens and alien 5. Hard to know who to cast. If they go same time frame like star wars did, Newt is in her late thirties. So we're talking someone more like Jessica Chastain. Or Bryce Dallas Howard.

Oops, didn't get that memo.

I'd go with Elizabeth Olsen or Carey Mulligan

Great choice with Carey Mulligan,she was up for Elizabeth Shaw after all.I like Shailene Woodley,but i don't really know if shes the right choice.

As for Jessica Chastain,i think she'd make a great android.

Probably right about Chastain. I love her acting, though.

Indeed he only suggested that she would kind of fit the look, and who knows maybe she is someone to be considered?

I think Olsen also could work... i think looking at the comments made by Miss Weaver and others, it appears the aim would be to have Ripley Pass the Torch to Newt.... so it could be to have her being some kind of Ripley type Character.

I did say before.... but its unlikely that if i was looking for someone to be very close to Carrie Henn appearance...

Then Rhonda Rousey would look very similar, she has the mole that matches the mark on Newts face... and in a lot of photos the current Carrie Henn does look similar to Rhonda....

Rhonda sure as hell could become that Action Heroin kind of Actress, but its if she can make the transition like Wrestler  Dwayne (The Rock) Johnson has...

I have no doubt Rhonda would now be looking to break into Hollywood but she would have to get a few movies with very credible performances and screen time...

For Ridley Scott and Blomkamp to consider giving anyone like that a try....  Ridley does like to give People a Big Break who have not had many big roles... prior

But he would certainly be looking at people with great acting potential....

Especially if Alien 5 and the Newt Character both do very well, as we could then see them (FOX) go for a Alien 6 and so they would want a Actress they would feel could pull of a Good Character for more than a Small Part and more than Potentially One movie.

So yep... while Rhonda Rousey is a unknown and if she can learn to Act over time could break into the Female Action Heroin Mold (which there is Market for).  And while she fits the look of Carrie Henn.

I dont think Rhonda would even be considered for the role.

Lawrence, Olsen and Mulligan all have the chops. Rousey is not only washed up, but her acting ability is an X factor you could land a helicopter on. That being said, I see the superficial similarities.

I came across a list that mentioned Temple as a possibility,can't say i know her very well.Myrddin,i didn't mean to sound like i was calling Chastain's talents into question.She is a great actress.I was thinking of her role in Crimson Peak when i said that.

I don't really have a preference but I just hope it's not someone too well known or been in several movies already.

I was agreeing that she'd be a great Android rather than Newt, and saying that I love her acting.

Juno Temple is a compelling choice as well. She hadn't come to mind, but she has the chops and nails the look. Well spotted, Queen.

My Apologies for the misunderstanding Myrddin.

I wish i could say more about Temple,but the only thing I've seen her in is The Dark Knight Rises and that was a real small role but yes i can see the resemblance.

As per the OP, hard to say who I would like to see play Newt. For some reason, I feel like Cara Delevingne looks like Newt, or at least how I envisioned she would look all grown up. 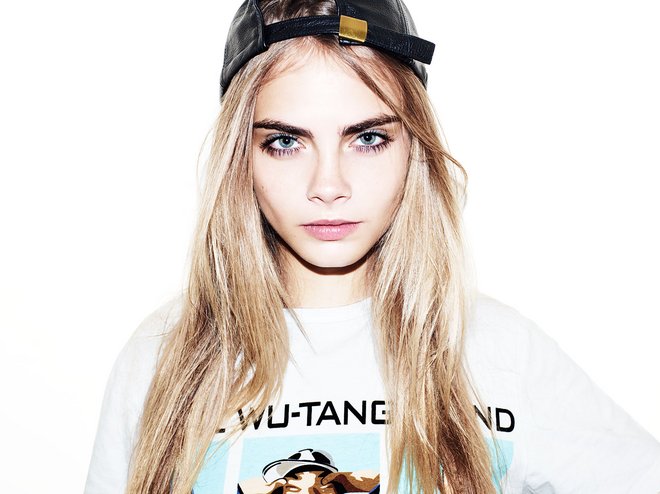 I think she would need to beef up for the role though, as Newt is expected to be quite the badass. Although, I'm not familiar with much of her acting experience so it's hard to say for me how I think she could "perform" as Newt.

Thanks Chris.Your also not the first one to point out Delevigne.Like Temple She's popped up on a fan casting list somewhere.I can't speak for her acting abilities either but she does seem to be on the rise.

Indeed. She's got that look to her, that seems like it would just fit so well.